As a spiritual think-tank, Oracle studies the history of religion, the teachings of the great prophets, and the evolution of humanity’s belief systems. We specifically reject both “End Times” and “New Age” prophecies. Instead, we assert the “Trickle-Down Deity Theory,” which posits that humanity’s view of the Godhead is necessarily defined by cultural experience and subject to shifts within the individual and collective consciousness.

One of Oracle’s primary goals is to educate the public about the divisive nature and outdated doctrine of fundamentalist religions so that we may collectively and peacefully progress into a more spiritually sophisticated 21st Century. This table summarizes the Spiritual Paradigms experienced by humanity to date:

When Civilizations Collapse and Paradigms Shift

By examining the various stages of humanity's philosophical, scientific, and moral development, it becomes evident that religion has been used both to shape and decimate societies. In fact, religious clashes are often the key element in cultural collapse. No wonder then that politicians and religious leaders have been parasitically entwined throughout history. Oracle’s premier book, The Truth: About the Five Primary Religions, makes this case and includes a chronological Appendix that illustrates the nexus between politics and religion.

Today, we still are experiencing global tension due to religious conflict, particularly among the three Abrahamic faiths: Judaism, Christianity, and Islam. Adding to this tension is the introduction of New Age theosophies, pluralistic approaches to God that borrow from indigenous traditions and the esoteric paths of the five primary religions. A “God Gap” exists between fundamentalism and pluralism, resulting in our current spiritual polarization. This polarization is being exacerbated by income inequality, earth changes, fake news, and a global communications network (i.e., the internet). The result is an unprecedented clash of cultures and belief systems.

In sum, we have all the makings of a major paradigm shift – assuming we survive the chaos that always accompanies the arrival of a new Spiritual Paradigm. What follows is a more detailed description of the Spiritual Paradigms humanity has experienced to date. May we collectively progress into the Fifth Spiritual Paradigm!

The First Spiritual Paradigm: All is One 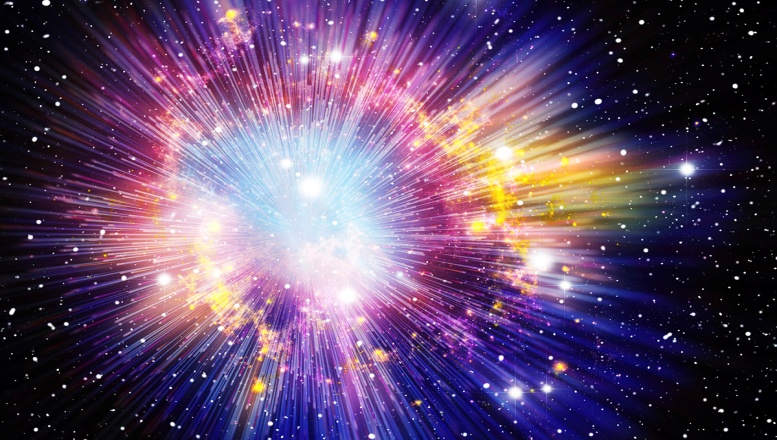 Prior to the Big Bang, which scientists estimate took place 14,000,000,000 years ago, there was a period of Oneness. Everything – both ethereal and material – resided together in Unity. This was the First Spiritual Paradigm, when God was all that existed, and humans were either part of God or an unmanifested thought form within the Divine Consciousness.

Thereafter, the Big Bang occurred and the Universe started to separate and expand with thunderous thermodynamic force. It was the beginning of life, but also disunity. In The Holy Bible, this cosmic event is described as the expulsion of mankind from the Garden of Eden. Our separation from Oneness was so painful that early man struggled to adopt meaningful belief systems to explain it. Yet this ideal mythological paradigm still beckons and inspires us. It is our sacred task and solemn duty to seek reunion – with God and with each other. Only then will we be whole again. 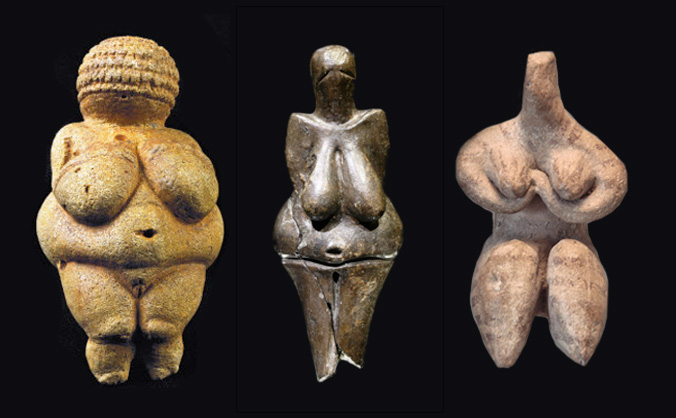 Eons of time passed after the Big Bang before the emergence of homo sapiens sapiens in approximately 50,000 BCE. Eventually, early humans gained the intellectual power and self-awareness to construct stories about our Creator and the beginning of life on Earth. As evidenced by statuary and cave drawings, the earliest mythology centered on a Great Mother who gave birth to the Universe. Her Divine Feminine Energy was viewed as the life-giving force and the genesis of all Creation.

Thus, early humans believed in a female God, a deity who usually was depicted with a pregnant belly. This is not surprising, given that early man did not yet know the biology of procreation. Rather, early humans assumed that the Supreme Being must be feminine in nature, since women appeared to be the sole creators of life. Scholars estimate that Goddess worship lasted, at a minimum, for 20,000 years, which makes it the longest Spiritual Paradigm to date. 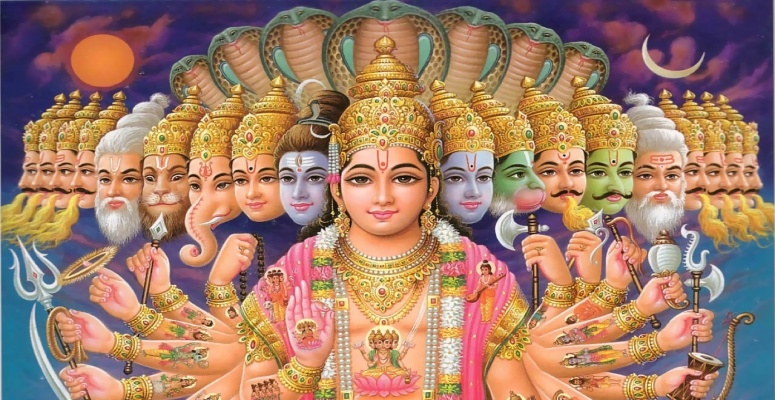 The formation of the four great river valley civilizations, the Age of Agriculture, the separation of survival skills into masculine and feminine roles, and the realization that both men and women contribute to procreation, all led to the next phase of our spiritual development. As a result of these revolutionary changes, societies adopted polytheistic belief systems, where Gods and Goddesses reigned on Mount Olympus and in sundry astral Heavens.

This was the era of the Sumerian, Babylonian, Egyptian, Greek, and Hindu pantheons of deities. Today, the only surviving polytheistic religion is Hinduism. Polytheism lasted for about 5,000 years, until the start of Christianity and the Christian calendar. Indeed, most of the world uses a calendar that marks the end of the Third Spiritual Paradigm and the beginning of the Fourth, so powerful is the shifting of the Godhead. 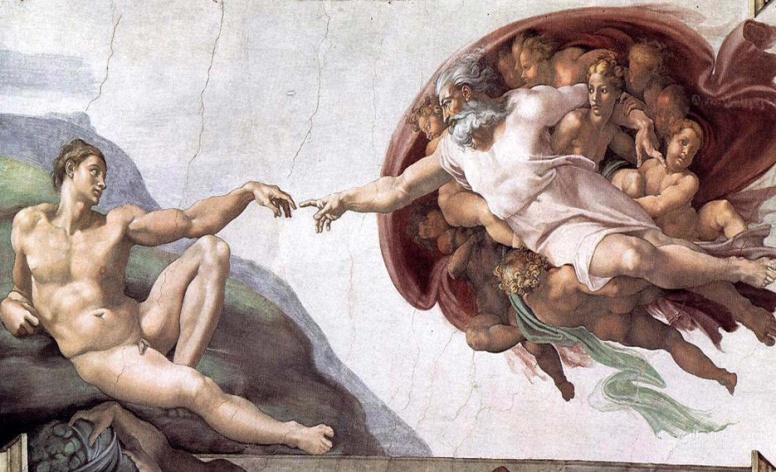 The adoption of Christianity by the Roman Empire in 325 CE marks our full entry into the Fourth Spiritual Paradigm, though the seeds were planted around 2,500 BCE, when a man named Abraham started a new tradition based on a masculine concept of deity which eventually became known as Judaism. Yet, it is more appropriate to view this paradigm as starting with the teachings of Jesus, who characteristically referred to the Divine as "Father."

Thus, mankind returned to monotheism … but this time to a male God. This stage of our spiritual evolution has lasted roughly 2,000 years and is showing signs of dire stress. One need only consider the inability of the three Abrahamic religions to unify, even though they supposedly worship the same God, claim to follow the Ten Commandments, and share a deadly devotion to Jerusalem. The “Trickle-Down Deity” theory shows how this patriarchal paradigm has manifested: blocking women from the top ranks of religion, limiting women in government, sexual discrimination, and other forms of misogyny. 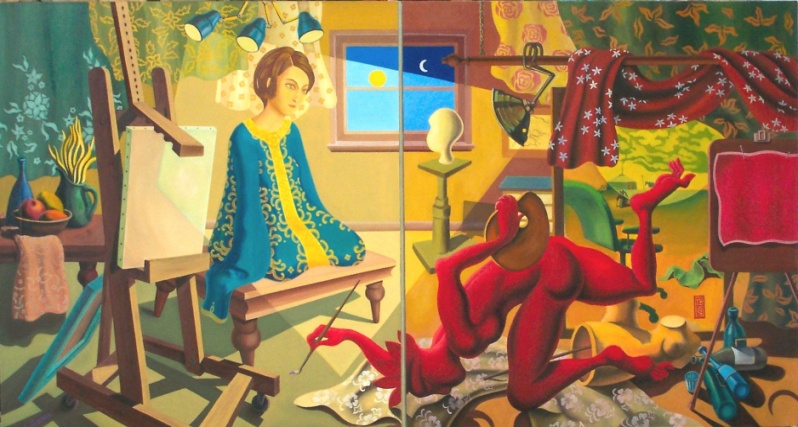 Currently, humanity is undergoing the chaos of a "Great Cusp" - a stressful transition period that always accompanies a paradigm shift. The worldwide resurgence of fundamentalism and authoritarianism are indicators that many fear the upcoming changes and are clinging to outdated belief systems about God. During a Great Cusp, people typically fracture along religious, nationalistic, and ethnic lines. The New Age movement is another indicator of upcoming changes, represented by those who awkwardly (and often arrogantly) spread the seeds of new belief systems across the planet. If a Tipping Point is reached, humanity will enter a new era - the Fifth Paradigm - an age that will synergize science and spirituality. Most critically, this will be an epoch that honors a balanced Godhead, where both Divine Masculine and Divine Feminine energies are exalted and venerated.