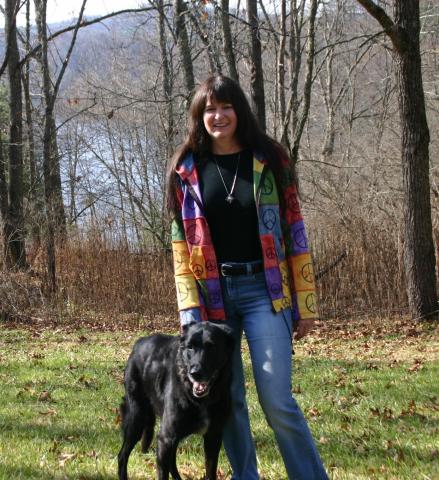 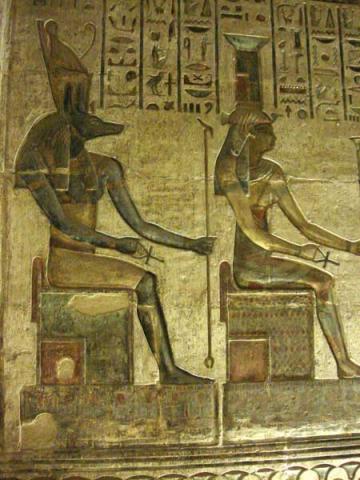 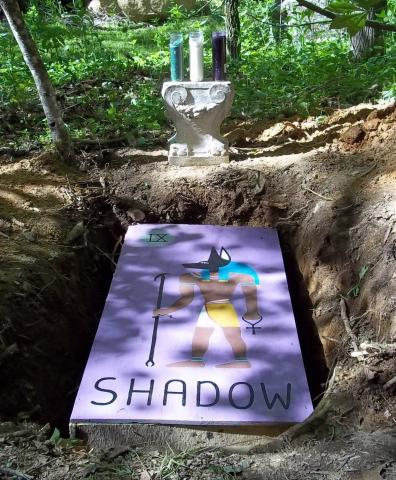 On May 25, 2013, I said goodbye to Shadow, my companion of 15 years. He also was beloved by my three children – Erin, Patrick, and Sean – who grew up with Shadow on our farm in Leesburg, VA. I recall vividly the children trouncing about Catoctin Creek with a little black puppy … that kept growing and growing and growing!

The second book of The Oracle Institute trilogy, The Love: Of the Fifth Spiritual Paradigm, contains a chapter on “Love of Animals.” I mention Shadow in that chapter, and I also mention him in the Foreword I wrote to the first book of the Damanhur trilogy written by Falco, Dying to Learn. It was a full moon when I wrote that Foreword, and it was a full moon when we buried Shadow.

When I went to Egypt for the Winter Solstice on December 21, 2012 with five other women, we did ceremony in the Great Pyramid to welcome and bless the new processional. Our guide Grace Yuksek asked me to associate myself and hold the energy of Nephthys, the sister of Isis. (See http://en.wikipedia.org/wiki/Nephthys). And Grace carried the essence of Isis, as we performed rituals to help birth the New Age. In Egyptian mythology, Anubis is the son and companion of Nephthys. (See http://en.wikipedia.org/wiki/Anubis). And that is how this feels to me, like I buried one of my children and also a comrade who has helped me connect to Great Mystery, the void to which we all return and in which all answers reside.

Truly, this animal has been more than a companion to me and to my three children. He has guided, protected, and comforted me through my spiritual journey for the last 15 years.

I would like to thank some people who made this sad moment in my life a little more bearable. First, there was Jay Hurley, who lovingly made a casket for Shadow. A couple years ago when Shadow’s legs started to fail, Jay also built a ramp over the stairs to my front door, Thank you so much, Jay. What a generous friend you have been to me and to Shadow over the years.

Second, I would like to thank Michelle from Twin Oaks Veterinary in Sparta, NC, who was kind enough to come to my house, walk down to Saddle Creek, and euthanize Shadow as he watched the flowing water. Shadow LOVED that creek, and he got to spend his last two hours in the water and napping with me along the bank.

Third, I would like to thank my good friend Steven Greif, who helped me dig the grave. This was no small task, as I chose a spot next to a large tree (with large roots!).

Fourth, I want to thank “Lakota” Willie Underbaggage, who performed a special sweat lodge ceremony for Shadow. The gravesite is near the sweat lodge area, and I imagined Shadow walking the “Good Red Road” with the smoke of the fire to guide him.

And lastly, I want to thank Richard Pinckney who helped with a special task before we laid Shadow in the coffin. After the vet left, I could not stop petting Shadow, even though consciousness had left his body. Steven Greif was with me, and he jokingly asked, “Are you ever going to stop petting him? Do you want me to skin him so you can pet him forever?”

I recoiled at the thought! But during the night I awoke crying, realizing that YES, I do want to pet Shadow forever. So I asked Richard to take about 18 inches of skin off Shadow’s back – the “buffalo hair” that started at his neck. And for the last month I have been drying the hide, salting it, washing it … and petting it.

I love you, Shadow. May we meet again on the other side and in another life.