The first tragedy of 9/11 was the event itself: The death, destruction, and pain suffered by the victims of the attack, their families and friends, and our entire nation. On this 20th Anniversary of 9/11, let us pause to reflect on this unprecedented and pivotal attack on the United States. 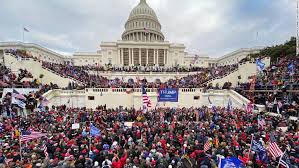 The second Tragedy of 9/11 was the metamorphic shift in U.S. foreign policy and internal politics: The death and destruction caused by the unfounded Iraq War, the 20-year Afghanistan War, and the domestic surveillance laws which took away basic freedoms from U.S. citizens. This dark cultural shift also polarized our electorate and made it possible for the “great divider” and twice impeached Donald Trump to become President. Today, the digression due to 9/11 fuels domestic terrorism, including the January 6, 2021 insurrection.

The third Tragedy of 9/11 is the accounting of the event, the “official” record, and the ongoing cover-up.The lead investigator of the 9/11 Commission Report was Philip Zelikow, who had clear ties to and a bias in favor of the Bush Administration. Zelikow was on Bush I’s National Security Council in the 1980s and was personal friends with Condoleezza Rice. He also had ties to Dick Cheney, Paul Wolfowitz, and Brent Scowcroft. Bush II then appointed Zelikow to his Foreign Intelligence Advisory Board, before appointing him Executive Director of the 9/11 Commission.

No modern skyscraper has ever fallen due to fire, let alone collapsed into its own footprint because of fire. Ignoring for the moment all the eye-witness reports and video evidence of embedded implosive devises in the World Trade Center Towers – and the discovery of thermite at the 9/11 site (thermite is used in controlled demolitions) – Tower 7 is and always has been the “smoking gun.” That building was NOT hit by a plane and perfectly pancaked, supposedly due to fire. Notably, Tower 7 was not even mentioned in the official 9/11 Commission Report. Nor were the other, innumerable anomalies of that day and the weeks preceding it mentioned. 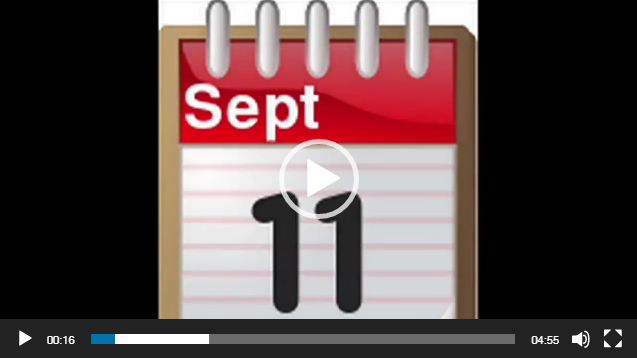 Architects and Engineers for 9/11 Truth is a nonprofit organization representing more than 3,000 building professionals who believe the official explanation of 9/11 is incomplete – at best. The group has signed a petition calling upon Congress to open a new investigation in the destruction of the three World Trade Center Towers. I agree. And I am not alone. The reputable polling firm Zogby International conducted a poll in 2004 that revealed:

“49.3% of New York City residents and 41% of New York citizens overall said that some of our leaders ‘Knew in advance that attacks were planned on or around September 11, 2001, and that they consciously failed to act.’ Nearly 30% of registered Republicans agreed with this statement ... Only 36% of the total respondents believed that the 9/11 Commission had answered all the important questions about what actually happened on September 11th, and 66% want another full investigation of the ‘still unanswered questions.’”

In the following video – which shows multiple angles of the Tower 7 collapse – note that the building starts to fall at its top floor where no fire was burning. Also note the small plumes from detonating explosives around the building as it starts to fall. 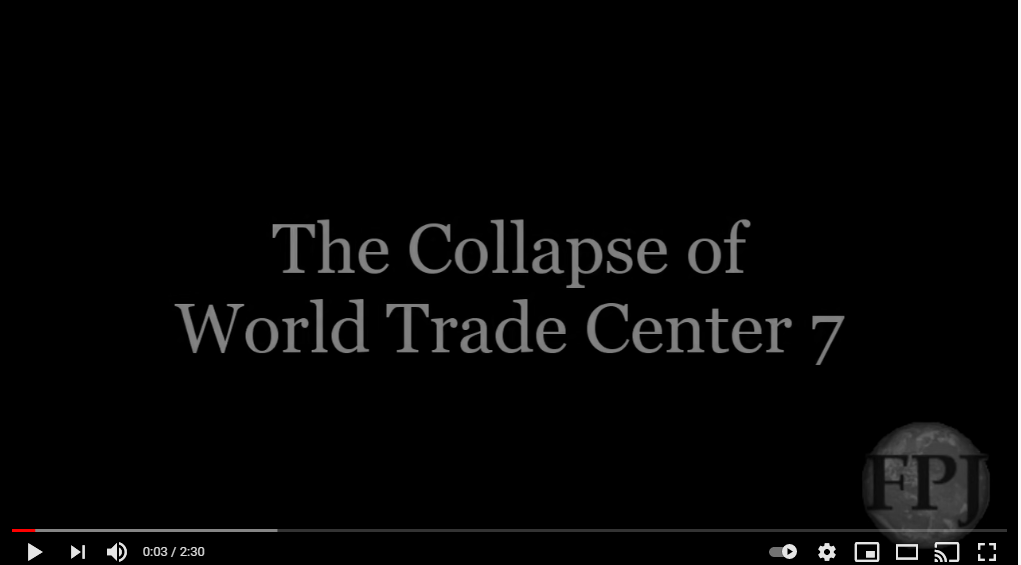 A recent 2019 study by the University of Alaska on Tower 7 was conducted over four years and simulated EVERY possible fire scenario. The report concluded that Tower 7 could not and did not come down due to fire. Quoting Civil Engineering Professor Leroy Hulsey, the study’s principal investigator:

“Our study found that the fires in WTC 7 could not have caused the collapse recorded on video ... We simulated every plausible scenario, and we found that the series of failures that NIST claimed triggered a progressive collapse of the entire structure could not have occurred. The only thing that could have brought this structure down in the manner observed on 9/11 is the near-simultaneous failure of every column in the building below Floor 17.”

In conclusion, it is hard not to bewail the lost values of my beloved country – the sentiment expressed in these songs about 9/11 written and sung by my dear friend Tom Hansen. No longer can Americans claim to be a shining example to the rest of the world – 9/11 changed us forever. Now, we must find our way out of the abyss, and the only positive path forward is expressed in the Oracle Institute motto – Truth, Love and Light.

May we find our way through this Great Crisis and reach the Fifth Spiritual Paradigm
OM JAI!