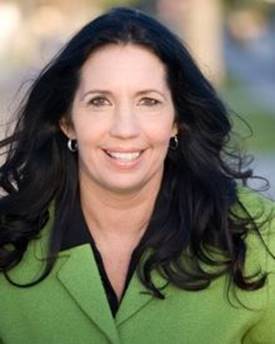 Cheri Honkala is a nationally and internationally recognized anti-poverty and human rights advocate. For the past 25 years, she has dedicated her life to creating a movement led by the poor. Cheri has helped organize hundreds of protests and marches, and she has established numerous tent cities. During the course of her career, Cheri has been arrested more than 200 times for civil disobedience violations.

In her early years, while still living in Minnesota, Cheri formed the Twin Cities anti-poverty groups: "Women, Work and Welfare" and "Up and Out of Poverty Now." Currently based in Philadelphia, Cheri devotes most of her attention to the rise in home evictions among lower income families. In 1998, she co-founded the Kensington Welfare Rights Union, which later turned into the Poor People's Economic Human Rights Campaign:

The Poor People's Economic Human Rights Campaign is committed to uniting the poor across color lines as the leadership base for a broad movement to abolish poverty. We work to accomplish this through advancing economic human rights as named in the universal declaration of human rights - such as right to food, housing, health, education, communication and a living wage job.

Cheri's social justice concerns also led her into politics. In 2011, she was the Green Party candidate for Sheriff of Philadelphia, running on the promise of refusing to evict families from their homes. In the 2012 national election, Cheri was the Green Party’s nominee for Vice President of the United States.

As a result of her impassioned advocacy and civil resistance work, Cheri has been called the "protester's protester," and Front Line Defenders named Cheri one of the "12 most endangered activists in America." In recognition of her human rights work, Cheri has received numerous awards, including the Bread and Roses Human Rights Award, the Public Citizen of the Year Award from the Pennsylvania Association of Social Workers, and the prestigious Letelier-Moffitt Award from the Washington Institute for Policy Studies.